With the results of the 2008 Presidential and Congressional elections now in the history books, the winners must look ahead to implementing the changes they promised during their campaigns. Much has been written about the various presidential healthcare reform proposals, including several white papers by respected “think tanks” in the past two months. This article examines myths about President‐Elect Obama’s proposed health plan, as outlined during his campaign for President. Based on the outcome of the recent election, implications for hospitals and health systems are identified. The sidebar below highlights the key features of President‐Elect Obama’s proposal for healthcare, or “Obamacare.”

Despite the passionate rhetoric of the campaign trail, President‐Elect Obama will be stepping into a hornet’s nest in January, with high expectations and limited financial resources. Experts examining the future of Obamacare have identified several myths:

Which of these myths about “Obamacare” are accurate?

A few key facts about healthcare, the economy, and elected leaders will dramatically influence the trajectory of health care reform in the next administration. 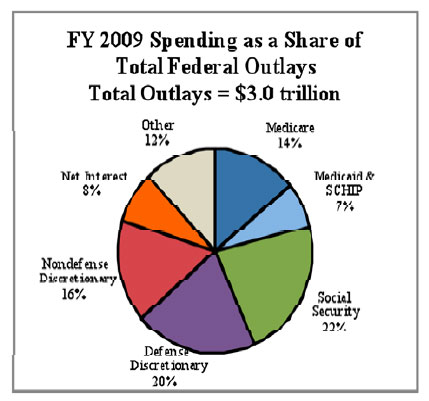 Myth #1: Obamacare Will Bring a Major Overhaul to the Healthcare Industry

Reality: Not likely
Obamacare represents more incremental change to the system rather than a major overhaul and would maintain much of the status quo. Obama’s plan includes the continuation of employer‐based healthcare insurance. There are no significant changes proposed for Medicare, and the primary changes to Medicaid and SCHIP programs involve increasing thresholds for enrollment, to increase access to these low‐income health insurance programs.

Most Americans would not see a change in their insurance coverage, especially in the short term—most workers would still obtain insurance through their employers. Longer term, the health of the economy will be a large factor in health insurance coverage. If the U.S. faces a major and prolonged recession, the ranks of the unemployed would rise along with those Americans without employer‐based insurance.

The national “appetite” for major health reform is unclear. Economic realities underscore a general concern about the future for many Americans, reducing the tolerance for expensive reforms.2

Reality: Unclear
This belief depends on how “government‐sponsored” is defined. Nearly half of the current bill for healthcare in the United States is already paid by state and federal government dollars—in the Medicare, Medicaid, and SCHIP programs.3 At this point, Democratic Congressional leaders have identified SCHIP expansion as the most likely reform to occur during the next few months.4,5 However, SCHIP is by far the smallest of the government health programs, both in terms of federal/state monies and numbers of covered patients. If this is the primary reform in the first year of Obama’s administration, it would not be a substantial change to the current distribution of healthcare costs between government and private payers. 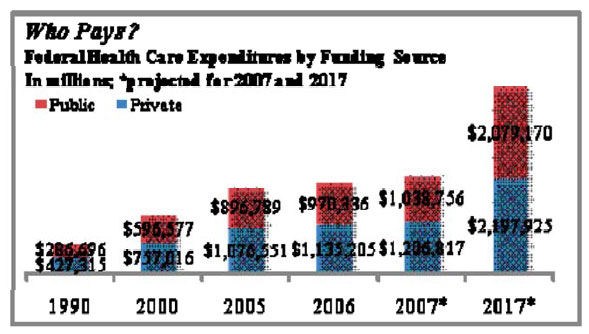 Over time, substantial government subsidies would be provided to lower and middle‐income families to purchase health insurance. This could result in a shift from private to public funding, as public monies would be used to purchase (public and private) insurance products. However, the current economic realities facing the nation are likely to depress public and Congressional support for such subsidies for health insurance.

Myth #3: Obamacare Means the Massachusetts Plan on a National Level

Reality: Yes and No
The recent reforms in the state of Massachusetts are the closest model in the United States to Obamacare. Like Massachusetts, Obamacare creates an exchange for purchase of private insurance products, requires insurers to issue coverage to all applicants, and sets premiums. There would be subsidies available to lower‐income families.

The good news: Massachusetts has seen a drop in its uninsured population to around one percent—the lowest of any state in the U.S.6 The bad news: the costs associated with these far‐reaching state reforms have far exceeded estimates, as has demand for healthcare services in the state, resulting in severe access issues.7

Myth #4: Obamacare Will Be Funded by Rollbacks of Taxes in the Highest Income Brackets

Reality: Not likely
Rollbacks of the Bush tax cuts scheduled to expire in 2010 have been promised for a great number of initiatives, from rebuilding the military to reducing the federal deficit. Given the recent financial services bailout and stimulus packages passed by Congress, incremental expenses would require additional tax increases (beyond the scheduled phase‐out of the Bush tax cuts) or funding cuts elsewhere in the federal budget. Social Security, Medicare, Medicaid, SCHIP, and fixed interest expense payments accounted for approximately 51 percent of the FY 2009 federal budget; this leaves just under half of the $3 trillion in federal spending—much of it defense spending—available for cuts.8

Plan architects have suggested that cost savings from technology and efficiency gains in the health system could help to offset the costs associated with Obamacare.9 These cost savings would be slow to develop, and alone would not be sufficient to fund the plan as described. Proposed initiatives might save some money in the long run, but would be unlikely to generate savings sufficient to offset the entire expense. Which begs the question: how would Obamacare really be funded? Stay tuned for details as they emerge.

The long and hard‐fought race is over, and uncertainty about the future leadership of the country is largely resolved. The results of the election, however, are not necessarily decisive regarding what Americans should expect in healthcare over the next few years. Economic challenges in the U.S. economy are likely to curb enthusiasm and payment for major reforms to the health system in the short run.

For now, hospitals should expect more of the same under President‐Elect Obama’s administration. Given the balance of public and private payment for healthcare, hospitals should continue to focus on improving the profitability of Medicare and Medicaid patients. Hospital trustees in turn should continue to monitor leading financial ratios for shifts in market dynamics; in particular, payer mix and days’ cash on hand may be early indicators where a detrimental shift does occur.